The Fund went down 2.6% (SEK) in October compared to the benchmark index, which went down 2.3% (SEK). The market remained lackluster amid lack of triggers and uncertainty on the US/China trade discussions. The Fund’s overweight in Materials (Hatien 1 Cement, Hoa Sen Group) and selective bets in Consumer Staples (Kid Foods) worked well and added to the relative positive performance. Hatien 1 Cement posted better than expected Q3 earnings (up 82.2% Y/Y) and the dividend yield stands at more than 7%. Hoa Sen Group remains the major beneficiary from the anti-dumping tax that the government imposed on Chinese and Korean galvanized steel sheet. Company buy-back of Kido’s treasury shares resulted in price exuberance amid stellar earnings during Q3.

Most of the corporate results were announced in October where the banking and real estate sector posted better than expected results. A majority of the banks posted high double-digit growth in earnings owing to higher credit growth and an increase in non-interest income. The State bank of Vietnam enhanced the credit quota for the banks which complies with the Basel II regulations. An increase in the overall trade & investments boded well for the non-interest income. Resumption of development activities in Ho Chi Minh City, after removing regulatory bottlenecks, resulted in better performance for the real estate sector. VinGroup (leading real estate developer in Vietnam) had an average earnings growth of more than 50%, contributed by its real estate subsidiaries.

The Ministry of Industry and Trade (MoIT) officially imposed a five-year anti-dumping tariff on color-coated steel products from South Korea and China. The tariffs range from 2.53% to 34.27% for Chinese imports and 4.71% to 19.25% for South Korean imports. The trade barrier could have a positive impact on the key local producers of color-coated steel manufacturers.

Foreign Direct Investment remained robust, hitting USD 16.21bn in disbursements rising 7.4% Y/Y while registered FDI decreased 15% Y/Y to USD 18.3bn. However, the fourth quarter is likely to bring in some substantial projects as anticipated by the government which most likely will have some positive impact. Further on, inflation was in check and inched up 2.2% Y/Y, with core inflation showing further respite by increasing just 1.92% Y/Y. The October exports were flat due to Samsung´s slowdown in the production of the Galaxy Note 10, resulting in a modest trade deficit of USD 100m during the month. However, YTD the trade balance is still positive to an amount of USD 7bn. The PMI decelerated to 50 points during the month, indicating no expansion in the manufacturing sector compared to the previous month. Vietnam’s PMI has been above the 50-point threshold level for the last 46 consecutive months. Any deceleration going forward needs to be monitored as it is a leading indicator of production/demand and job creation in the manufacturing sector. 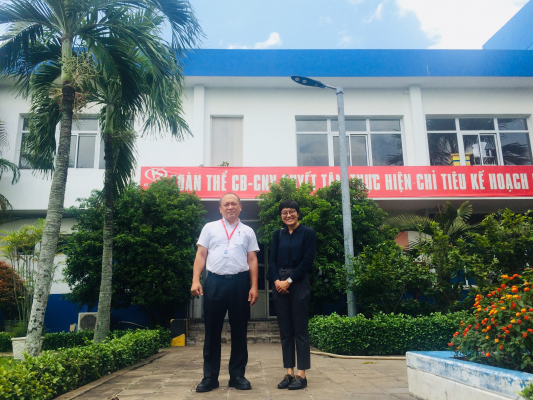