In November, the Fund fell 3.2% (SEK), compared to the benchmark Index, which went down 2.2% (SEK). Our off-benchmark bets in Financials (namely Vietinbank & Sacombank) and Real Estate (Dat Xanh Group & LDG Investment) were the main contributors to the relative underperformers during the month. Foreign-selling in the Financial sector and lending restrictions to Real Estate companies led the decline, which was further exacerbated by margin calls. Another negative contributor was the Information Technology company FPT Corp, which witnessed profit-taking as it reached its 12-years high on the back of the approval of FOL ETF. On the contrary, the Fund’s underweight in Consumer Staples (Masan, Vinamilk) did well and added positive relative performance. Consumer Staples stocks were the worst performers due to weak (low single-digit) top-line growth amid margin compression because of competition.

No changes were made in the Fund during November.

During the month, the Vietnam market declined 2.2% (SEK), performing worse than the MSCI Emerging Markets and MSCI Frontier Markets xGCC (SEK) indices, which dropped 1.2% and 1.4% respectively.  Continued foreign selling and margin calls by brokers to retail investors led to negativity in the market. Foreigners were net seller to an amount of ~USD 40m and the daily traded value stood at USD 206m, up 12% M/M. The Real Estate sector was one of the worst-performing sectors as SBV directed banks to reduce exposure in the real estate lending followed by profit-taking in FOL blue-chip stocks, which had a great run in previous months on the back of approval of FOL ETF.

As Vietnam embraces Basel II regulations, the State Bank of Vietnam issued new directives for non-compliant banks such as 1) Reducing the ratio of short-term loans used to finance longer tenure loans to 30% from 40% and 2) Increasing the risk factor of real estate consumer loans to 150% when calculating Capital Adequacy Ratio (CAR). As many private banks already comply with Basel II standards, the negative impact of the directives is limited to the fewer banks. SBV also asked all the banks to reduce the consumer cash loans to a maximum of 30% of the loan book by January 2024, while increasing the Loans-to-Deposit ratio (LDR) cap to 85% from the current 80%. It seems that SBV is trying to reduce liquidity for consumer lending, mainly in real estate, to avoid any crisis in case Vietnam’s Real Estate sector cools off. On the other hand, SBV decided to cut the interest rate cap for short-term deposits and the open market operations (OMO) rate by 50bps to spur economic growth. As a result, several banks have announced to cut the lending interest rate.

The macroeconomic picture sent mixed signals with the manufacturing Purchasing Manager Index (PMI) edging up to 51 from 50 in October, indicating meager improvement in the output and new orders. Disbursed FDI inched up 6.8% Y/Y during 11mCY20 to USD 17.6 bn, however, registered FDI was down 11.4% to stand at USD 20.5 bn. The Real Estate sector is responsible for the shrinkage in the registered FDI amid saturation in the Manufacturing sector. Inflation remained in check and increased 3.5% YoY. Vietnam posted a healthy trade surplus of USD 9.1bn during 11mCy20 with exports increasing 7.8% YoY and Vietnams total trade (imports+exports) will likely surpass USD 500bn, almost 200% of GDP. 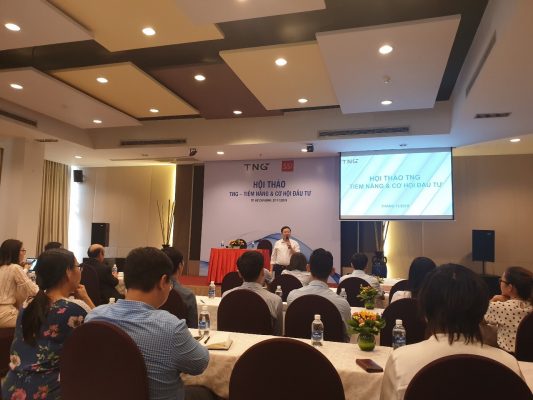