The Fund fell by 10.5% (SEK) in July compared to the benchmark index which fell by 8.7% (SEK). During the month, the Swedish krona strengthened by 6.7% against the US dollar and represent most of the negative return of the Fund. Local investors panicked to the news of the resurgence of new COVID-19 cases near the month-end, emerging in Da Nang. Even with a low number of new cases, the fear of the second wave of a virus breakout had a jittery effect on the market.

Most of the companies reported their quarterly financial results during the month. Most of the companies saw their revenue decline during the quarter, however, apart from Energy and Utility companies, many companies posted positive earnings. Lower global oil prices and low industrial activity in the second quarter had its toll on the Energy sector. Consumer services also had a decline in earnings as restricted movement and reduced purchasing power hurt the consumption. The Fund´s overweight in Consumer Discretionary (Danang Rubber and Phu Nhuan Jewellery), Materials (Bim Son cement, Hatien 1 cement, and Hoa Sen Group) and Energy (Southern Gas and CNG Vietnam) were the largest negative contributors. Although the banking sector’s profitability increased during the second quarter, fears of bad loans kept the performance of the Financials in check. Our overweight in Military bank and Vietnam JS Commercial bank also added to the negative relative performance. On the contrary, underweight in index-heavy Consumer Staples (Vina milk), Aviation (Viet Jet airline), and Real Estate (Vingroup stocks) brought in the positive relative returns.

No major changes were made in the Fund during July.

Vietnam’s market fell 8.7% (SEK) compared to a decline of 6.2% (SEK) in MSCI Frontier Markets xGCC and an increase of 1.6% (SEK) in MSCI Emerging Markets. The average daily traded value stood at USD 228m and foreign investors net sold USD 24m in the market.

The discovery of new COVID-19 patients in Da Nang during the end of the month kicked in a negative sentiment among the local investors. The recent resurgence of the virus cases is allegedly attributed to a group of illegal Chinese entrants in Da Nang. Vietnam has, according to official data, remained COVID-19 free for the last few months, however, new cases now stand at over 650 cases and 8 reported deaths.

While we await the detailed data for July, preliminary data present a mixed picture of economic recovery in the country. To spur consumption, the government increased the pace of budget spending in July, and the state’s capital investments increased by 52% Y/Y. The retail sales of goods and services were up 3.3% M/M (4.3% Y/Y) and domestic tourism revenue was up 29.6% M/M (however still down 60% Y/Y). The index of Industrial production also inched up marginally by 1.1% Y/Y. Purchaser Manager Index (PMI) retreated to 47.6 in July from 51.1 in June, indicating a reduction in industrial activity in the coming months. Inflation during July came out to be ~3.39% Y/Y.

Disbursed FDI in July was flat at USD 1.45bn when compared to July last year, however, during 7mCy20 it declined by 4.1% Y/Y to reach USD 10.1bn. Manufacturing and Real Estate attracted most of the FDI, accounting for USD 7.2bn (71.1%) and USD 1.5bn (15%) respectively. The trade surplus was estimated at USD1 bn in July, as imports declined by 4% Y/Y while exports remained flat. This brings the cumulative trade surplus during 7mCy20 to USD 6.5bn. 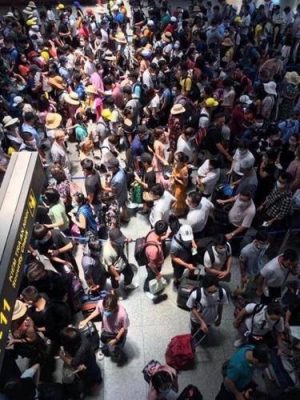