The Fund rose 0.1% (SEK) in April, compared the benchmark index (FTSE Vietnam Total Return Index), which rose 2.7%. The Fund’s overweight in Consumer Discretionary (TNG Investment), Financials (VN Direct Securities, SSI Securities), and stock selection in Real Estate (underweight Vinhomes, Vincom Retail, Novaland) were the key factors that led to the relative underperformance of the Fund during the month. The TNG Investment share price consolidated after a strong rally from the beginning of the year. The core business was still in a good shape with Q1 earnings jumping 72% y.o.y. However, its recent decision to expand to property business may cause confusion to the market. Further on, the Q1 earnings of VN Direct and SSI Securities dropped by 36% and 50% respectively due to lower market liquidity and margin lending balance. The Fund’s overweight in Information Technology (FPT Corporation) is still bearing fruits. FPT´s share price has been very solid in the past few months with Q1 earnings rising 23% as a result of improvement in their core businesses. No major portfolio changes were made during the month.

The Vietnam market continued to consolidate in April. The Index gained 2.7% net (SEK) at month close, compared MSCI Emerging Markets rising 4.6% and MSCI Frontier Markets xGCC rising 0.9%. However, the Index was practically unchanged if we overlook the currency effect of the weaker Swedish krona. Liquidity dropped to USD 164.5m in average daily traded value as retail investors were less active. Foreign investors continued to net buy USD 30.6m worth of shares during the month.

The AGM season is almost over and the market is moving to a quieter period in the summer where there is a lack of good news and corporate actions to spur up the Market. Due to the overall “sell in May” sentiment, local investors were cautious and tended to cut off their stock positions to reduce risk. This led to a poor performance of a group of mid cap stocks that concentrate more retail investors such as Hoa Binh Corporation (HBC, -9.8%), Dat Xanh Group (DXG, -4.5%), VN Direct Securities (VND, -5%), etc. Large cap stocks, on the other hand, were mostly fluctuated in a narrow band with some surprising exceptions in Hoa Phat Group (HPG, +4.3%) and PetroVietnam GAS (GAS, +14.8%). HPG was strongly bought by foreign investors despite of a drop in Q1 earnings (-18.5%). GAS was supported by (1) the new pricing policy for Take-Or-Pay (TOP) contracts applied to electricity producers that could possibly result in an additional profit, and (2) the recent surge of the oil price. Thanks to a more favorable oil price, most companies in the oil and gas sector are seeing improvements in both job volume and gross margin compared to last year levels. Profit is expected to catch up shortly from 2H. Further on, the brokerage sector is going through a difficult time as market turnover has been rather weak compared to an abnormally high level in Q1 2018. Their two key sources of earnings, brokerage fee income, and margin lending interest suffered a vast decline as a result. These seasonal headwinds may soon be over, while the long-term picture of the sector is still intact. The performance of banking stocks was also weak during the month. Despite reasonable earnings growth in Q1 2019, the banks are rushing to meet Basel 2 requirements in order to be in the priority list of the State Bank of Vietnam. As a result most companies need to increase capital this year by either issuing rights to current shareholders or through private placements to strategic investors. Consequently, fear of share overhang and risk of dilution meant the market has reacted negatively.

Even though the market is approaching a low season, news-wise, there are a few points that suggest that this summer may not be as gloomy as last year. First of all, the market is nowhere near overheating this year. Due to the cautiousness of retail investors, the index has been cooling down since late March. Liquidity is low and there is no sign of over-speculation. Secondly, the current margin lending balance from brokers is well below average (down ~40% compared to the last year high), which indicates that a massive margin force sell is unlikely. Still, nervousness from retail investors could send the market to a lower level in the short term, which would offer value/long term investors a good entry at reasonable valuations.

During the month, the macro numbers continued to paint a positive picture. The April PMI hit a four months’ high of 52.5 (from 51.9 in March) thanks to the surge in new orders and jobs. This indicates a healthy continuing expansion of the manufacturing sector. The April CPI rose by 2.9% y-o-y due to impacts of the price hikes in oil and electricity. Committed Foreign Direct Investment (FD) for the first four months jumped 81% to reach USD 14.59bn, in which disbursement was USD 5.7bn (+7.5%). Exports for the first four months reached USD 78.76bn (+5.8%) and trade surplus clocked in at USD 0.7bn. 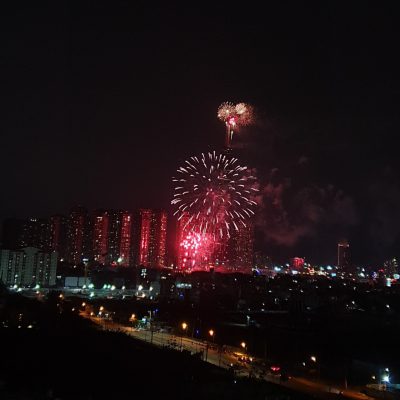