The Fund rose 6.8% in November, compared to MSCI FMxGCC Net TR (SEK), which fell 1.4% and MSCI EM Net TR (SEK), which fell 1.2%. About half of the positive contribution came from Pakistan, where our choice to gradually increase our exposure in August and September proved successful. Our stock selection added to the return as the sub-portfolio returned around 20% during the month compared to 14% for the market. Significant contributions also came from Nigeria, where our stock selection was the key factor. Both Access Bank, Zenith, UBA and Guaranty Bank rose more than 20% during the month in an otherwise stagnant market. We also received minor contributions from our underweight in Vietnam and our overweight in Sri Lanka. Negative contributions accrued mainly from Egypt (-0.5%). Among individual positions’ movements, we note that the top 5 comes from the basket of smaller companies we discussed in our September letter. Of the Fund’s just over 8% in excess return, no individual holding contributed more than 0.8%, however. Rather, it was a broad interest in our selection of holdings where we conclude that 21 of our holdings rose more than 20% and only 6 companies fell more than 5%. The positive performance should, however, be seen in the light of an unexpectedly weak development earlier in the year. Investing in our markets requires patience during periods, which this year is a good example of. Our communication in 2019 has so far been a lot about trying to show transparency in our positioning and explain why we think the patience is warranted. The Fund’s absolute bottom in 2019 occurred in mid-July. Since then, we have seen a progressively more constructive market and in November it simply went a little bit faster. The Fund is currently valued at around P/E 7.6x, which in our eyes is not compatible with the growth prospects we see in the individual portfolio companies.

There has been no addition to or divestment from the Fund in November.

The MSCI FMxGCC Index Net TR (SEK) fell 1.4% during the month, compared to MSCI EM Net TR (SEK), which fell 1.2%. It was an unusually quiet month where Vietnam was the weakest market (-2.9%). Among the winners, we found Nigeria (+5.7%) following a major upswing in the Financial sector. However, the largest increase was in Sri Lanka (+6.5%). As expected, Gota Rajapaksa won the parliamentary election. Equity investors view this as positive as he is expected to implement reforms that will improve the business climate and improve growth prospects. Former Prime Minister Wickremesinghe resigned shortly after the presidential election and an interim government was appointed. Not many days after came a tax reduction program which included a VAT reduction from 15% to 8% and a removal of the Nation Building Tax (NBT), which was previously 2% on goods and services. Furthermore, the corporation tax for construction companies was reduced from 28% to 14%. Large parts of the tax cuts will have a positive impact on the individual consumer (eg food) and should probably be seen in the light of the upcoming parliamentary elections at the end of March/early April, where the Rajapaksa sphere’s party SLFP hope to gain a majority.

Two of our most important markets, Pakistan (25%) and Sri Lanka (16%), have performed strongly lately and are looking particularly interesting going forward as well. Both markets have undergone a number of tough years and major devaluations. In the case of Pakistan, there has been a deep economic crisis followed by a powerful austerity program and tough reforms. In Sri Lanka’s case, it has been about five years of political vacuum. We believe that both countries now face several years of better circumstances. It will not be a rise without setbacks, but we believe that the news flow gradually will improve from here. We expect this to attract international investors who have been shunning these markets for some time now.  In a historical context, Sri Lanka appears to be the cheapest of our core markets with close to a 75% upside to its average P/BV valuation over the past ten years. Pakistan remains attractive with 40% up to its historical average and given the ongoing reform, we believe in an upturn that will be less steep but also more sustainable than has historically been the case. We visited Pakistan in early October which turned out to be one of our most interesting trips so far. With this month’s letter comes a shorter travel diary where we reveal some of our impressions. 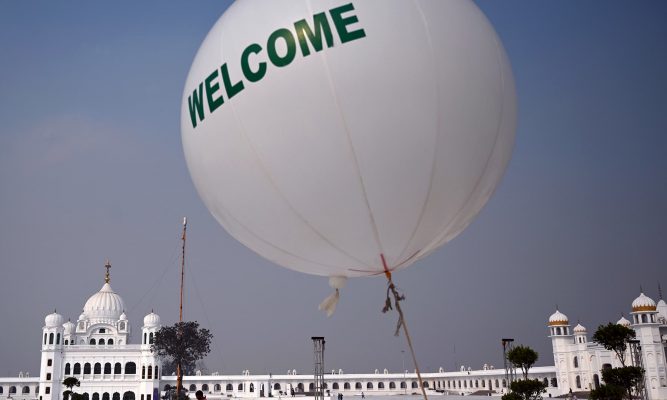