Our largest holding, Pakistani IT company Systems Ltd, rose another 11% (USD). Our second-largest holding, the Vietnamese IT company FPT, rose 5%. In Pakistan, our smaller position in the real estate company TPL Properties rose as much as 72% after announcing details of its recently completed sale of the largest property holding, Centrepoint, located in central Karachi. Tundra helped the company to the stock exchange in 2016 and we sold our position in June. After a couple of rather difficult years, the investment finally, including additional investments along the way, became good for our unitholders with an average return of almost 30% annually since the start. We would like to give great praise to the management and the sponsors who successfully took TPL Properties through the difficulties and in the end delivered well to their shareholders. In Indonesia, Hermina Hospital rose 18%, despite a weak Indonesian stock market. The rise came after an exceptionally strong quarterly report. The result for the first quarter corresponded to almost 80% (!) of the market’s full-year estimate. It should be remembered that the company currently benefits greatly from extra income from the treatment of COVID-19 patients. Unfortunately, the vaccination rate in all our countries is significantly lower than in the richer countries in the world, which indicates that most of 2021 will mean a continued heavy burden on public care. Hermina Hospitals plays an important role in relieving the state hospitals in Indonesia. Although current profit margins are not sustainable, we believe that increased insight into the need for the private healthcare sector in all our countries will be a lasting, positive, factor for the sector for many years to come. The fund has currently invested around 20% of its assets in the healthcare sector, which is an industry in strong growth in our markets, non-cyclical which means good earnings visibility.

Another winner during the month was Egyptian dairy producer Juhayna which we wrote about in the previous monthly letter. The share rose as much as 33% on rumors that one of the world’s largest investment funds would enter as a new major shareholder. Negative contributions during the month came from Sri Lanka and Egypt. Our holding in Asiri Hospitals fell 12% after the very strong performance in May. Our holding in Egyptian cheese producer Obour Land, fell 10% without any company-specific news.

During the month, we added the Kazakh fintech company Kaspi to the portfolio. Although the business should rather be described as a modern financial ecosystem, the company ends up technically in the financial sector. This stems from the somewhat unusual path the company has taken. From its origins as a small bank, the company has in recent years transformed into what we would describe as an integrated financial ecosystem, which includes e-commerce and a range of financing services wrapped around it. Expensive logistics capacity has been avoided and the company instead acts as an intermediary between store and customer, where all purchases are also offered in instalments. This means that the company is already extremely profitable and far ahead of similar companies in other parts of the world that are now striving to build similar financial ecosystems, and achieve the economies of scale that Kaspi already has in place. Unlike most e-commerce companies in emerging markets, no major growth from current levels is required to justify the current price as the share is traded at around 20x the estimated profit for the current year. Among other notable transactions, we were allowed to double our position in the Sri Lankan renewable energy company Windforce. We believe the company is early in its journey to become an attractive investment in a sector that will be crucial in early emerging markets’ societal development and we are pleased to be able to participate in this as a long-term investor. 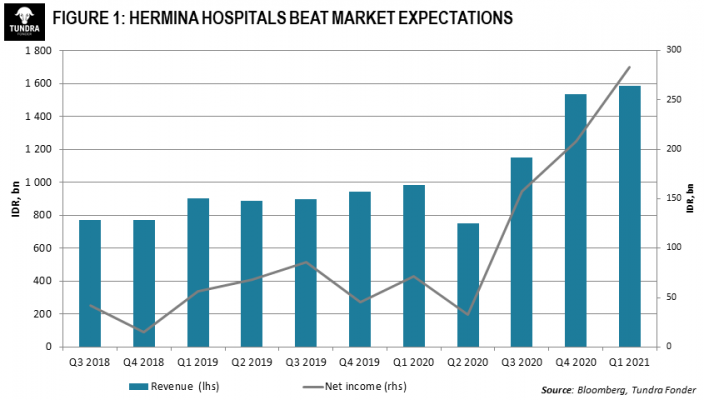