The Fund rose 4.4% in October, less than the benchmark index MSCI Pakistan IMI Net TR (SEK) which rose 4.7%. Our off-benchmark bets in Materials, Information technology, and Financials added positive relative performance. On the negative side, the Fund´s underweight in the energy and fertilizer sectors did not fare well for the relative performance. During the month, the Fund increased exposure in Financials and Materials.

In October, the market was primarily led by the local investors, partly because of bond yields further declining by ~90bps to 11.3%, hence raising hopes of a decrease in interest rates sooner than expected, and low valuation amid economy showing signs of stabilization. During the month, most interests were garnered by cyclical and debt-heavy stock. Liquidity improved by 24% and the average daily traded value stood at USD 31m. Foreign investors were net sellers in the equity market to the tune of USD 12.9m and buyers of Pakistani bonds by USD 103m during the month.

The last available current account deficit balance in September fell substantially to USD 259m from USD 1.28bn last year in September. With positive foreign bond flows and contracting current account deficit, concerns on further depreciation of the Rupee have subsided in investors’ game plan. Having said that, the State Bank’s reported real effective exchange rate (REER) stands at 92, which further adds to the stability in Pak Rupee. The government achieved a ~90% target of tax collection during four months of the fiscal year 2020. It is pertinent to note that the government set a very ambitious target of tax revenue for Fy2020, translating into 40% Y/Y increase, therefore achieving 90% is quite encouraging. Tax collection is one of the most watched numbers by the IMF and hence important for the government to achieve. In October, the IMF team arrived in Islamabad for its quarterly review of the loan program (to be concluded on Nov 7th). If we rely on the news sources, the IMF praised the government in achieving most of the targets while also emphasizing the improvement of shortcomings. It is also reported that the IMF has waived PKR 233bn (~5% of the budgeted) from the tax collection target for Fy20, which we can only confirm post the review and in the next monthly report.

Further on, Pakistan maintains its grey list status after a review that was done by the FATF in October. While appreciating the progress on five out of twenty-two categories, the FATF asked Pakistan to overcome the loopholes in the remaining areas up until the next review that will take place in February 2020. Although the grey-list status was widely expected by investors, as only three votes were needed, investors had a sigh of relief that Pakistan escaped the blacklist. We see concerted efforts by the government to work on the FATF guidelines, however, it is still too early to call whether targets will be achieved by February 2020. 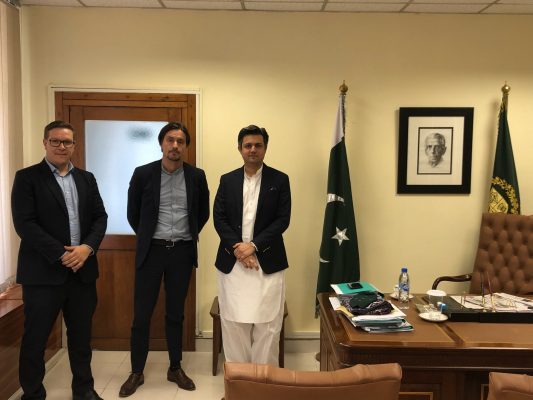