The Fund entered into Morocco for the first time investing approximately 5.5% in two holdings: One being the largest bank in Morocco, Attijariwafa Bank (ATW). A well-run bank using cheap funding in Morocco to finance growth in mainly francophone Africa (e.g. Tunisia, Senegal and Ivory Coast) and more recently into Egypt, where growth opportunities are higher. Morocco is more mature compared to most other African countries, and the GDP growth has been lower. The country has lately gotten more international investments thanks to good infrastructure and access to both qualified and unqualified employees as well as a strategic location. Auto manufacturer Renault-Nissan has, for instance, built a modern production facility in Tanger, investing approx. EUR 1bn in total. The economic activity is due to increase and will increase lending activity for ATW. As many other banks in Africa, the cost savings from digitalization is still ahead, and ATW is no different launching more services and offerings via the internet to replace bank branches. Part of the international success comes from much lower interest rates in Morocco vs rest of Africa (low single-digit vs above 10%) and scale and more sophisticated offerings making ATW able to offer an attractive option to local competitors. The other investment is in the retailer Label Vie (LBV), leading the way for consumers from open markets to supermarkets, hypermarkets and “cash and carry”-style formats. They have a licensing agreement with Carrefour and also run stores under the “Attacadao”-brand. Organized retailing only makes up about 17% of the market, but catching on fast (up from 10% five years ago) and LBV will be a leading player in that change.

We also bought into a new Health Care company in Egypt, Ibnsina Pharmaceuticals (ISPH) a leading pharma distributor. The company has been on our radar screen since listing back in November 2017. While we thought the valuations were a bit excessive back then, the company has proven to be able to deliver both on growth and profitability but has not been rewarded in the stock market for it. The company is gaining market share in a fragmented sector where size is becoming more and more important and is one of the top three players. While the distributor margin is fixed by the government, growth comes from increasing volumes, price adjustments and economies of scale. The sector as a whole will benefit from the newly launched Universal healthcare act, providing people better access to paid health care. It will be implemented in six steps until the year 2032 when all of Egypt should be covered and the first program just launched and the initial feedback is very positive. The potential in Egypt is huge with healthcare spending of approx. USD 100 per capita vs OECD average of USD 4.000.

The new positions were partly financed by divesting Egyptian electronic retailer MM Group and part of our holding in pharma producer EIPICO as well as shaving in on our Nigerian financial exposures.

The Corona scare reached African equity markets in February (MSCI EFM Africa xSA Net TR -5%) and did better than other Frontier markets (MSCI FMxGCC Net TR), which fell 6.1% during the month. Zimbabwe was the best African stock market rising 61.3% followed by Ghana and Malawi, rising 1.6% and 1.5% respectively. The run in Zimbabwe should be continually viewed as a flight to safety from the ongoing economic crises, rather than a better outlook. South Africa was the worst African market declining 12.5% while Namibia was the second-worst performer, falling 11.5%. Generally more liquid markets fell more than illiquid as investors sold what they could  (all changes in SEK). It is still too early to say how and how much the Corona outbreak will impact the economies in Africa, in terms of confirmed cases it is (as of today) relatively low compared to Asia and Europe. Lower commodity prices hurt countries like South Africa and Nigeria, but helps many others as they are net importers. Most of the economies are relatively uncorrelated with global growth since exports tend to be a small part of the economy, but sentiment and increased risk aversion will definitely hit them as well. No country will be unaffected, that is for sure.

The Egyptian market (Hermes Index -7.8% in February) tried to digest the annual reports released, but mostly got caught up in the global sell-off. We got encouraging signals from Commercial International Bank and Credit Agricole Egypt reporting profit growth of 10-20% and seeing increased demands for loans. Dairy and juice producer Juhayna saw sales increase by 7% but profits decreased by almost 20% due to advertising cost increases to stimulate demand.

The Nigerian stock market (Nigeria Stock Exchange Main Index -9% in February) was not any better than the Egyptian with most stocks falling. We saw earnings from three of our larger holdings, GT Bank, Zenith Bank, and UBA, recording a profit growth in FY19 between 6% and 15%. Financial stocks sold off heavily on the last day of trading (not that they had performed before) and valuations are now astoundingly low with P/E between 2-4.5x, P/B between 0.5-1.2x and estimated dividend yields between 9-16% for FY20E. It is obvious that being cheap is not enough to gain attention in this environment, and we agree that the short to medium term outlook for Nigeria could be a lot better. But when a company like GT Bank, that has delivered an average annual earnings growth of 17% (in USD) in the last 15 years, and a book value growth of 13% (in USD) trades at 3.7x FY20E earnings and 1x FY20E book value it is likely a good entry point. Last time valuations were this low (Jan 2016) the stock rose (inc. reinvested dividends) 300% in local currency (125% in USD) the following 2 years.

The Kenyan (Nairobi All Share Index -8.6% in February) stock market was also badly hit by the global sell-off, with index heavyweight Safaricom (not a holding in the Fund) falling close to 10%. Our holdings in Equity Bank and Kenya Commercial Bank did not do any better falling 10% and 14% respectively. 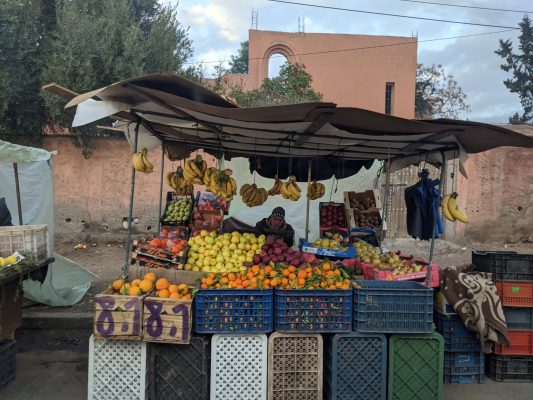 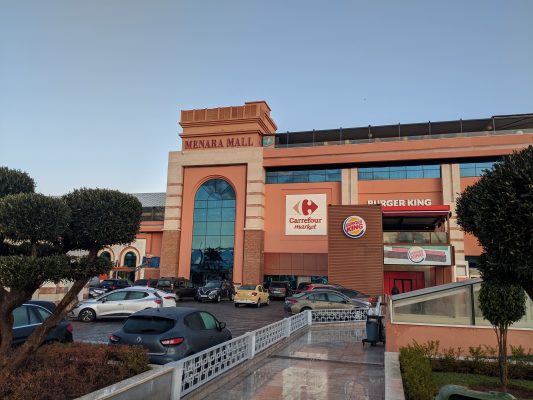 …to organized retail, like Carrefour run by the new holding Label Vie, now representing 17% of sales vs 10% 5 years ago.