The fund rose 7.6% in February, well above the MSCI EFM Africa benchmark index ex South Africa Net Total Return Index, which rose 5.1%. At a country level, the overweights in Egypt (51% of the fund) and Nigeria (32%) had the greatest positive contribution to the outperformance versus the benchmark. However, the fund’s major underweight in Kenya (0% of the fund) was again the largest negative contributor after the mobile operator Safaricom rose 12% in February. At a sector level, overweights and stock picks in Financials and Health care contributed the greatest relative to the benchmark, while the underweight in Telecom operators and Energy had the utmost negative contribution. The Swedish krona weakened by 2.2% against the USD, adding to the return converted to SEK.

In February, we invested about 7% of the fund’s capital in South Africa primarily due to a period of a very problem-focused news-flow and a month in which the currency performed poorly. Further on, an ever-increasing concern about the state-owned power generation company Eskom’s large debts and problems with interest payments, as well as the upcoming election in May, got investors on their toes. We believe that the market has overreacted and we have therefore invested in a basket of companies with strong market positions, attractive valuations, and that has underperformed the stock market lately. (all changes in SEK)

African markets (MSCI EFM Africa xSA + 5.1%) outperformed other Frontier markets (MSCI FMxGCC), which rose 2.6% in February. During the month, Zambia was the best performing market in Africa rising 15.9%, followed by BRVM (a joint exchange for e.g. Senegal, Ivory Coast and Benin), which rose 8.9%. The worst performer was Ghana (-8.8%) mainly due to the fact that the Ghanaian Cedi lost nearly 12% of its value after an unexpected interest rate cut by the central bank. Inflation has continued to fall and the market is worried that the central bank overestimates further price falls and lowers the interest rate excessively. (all changes in SEK)

The Egyptian market (+7.8% in February) welcomed an unexpected interest rate cut of one percentage point. Although inflation in January was higher than in December (12.7% compared with 12%), the central bank chose to lower the lending rate to 16.75%. It was interpreted that the central bank is comfortable with the fact that the January upturn was temporary and that we will see a lower inflation rate in the future and thus more interest rate cuts during the year. It is positive for a number of shares in our portfolio that will benefit from lower interest expenses and increased willingness to invest. However, more rate cuts will be required to see a significant increase in demand for loans from the banks.

The stock exchange in Nigeria (+6.3%) performed well before the election (which was then delayed by a week due to logistical problems in getting ballot papers out). The lack of reliable election polls made the outcome somewhat uncertain, but on Wednesday, February 27, incumbent President Buhari was named the winner of the election with 55% of the valid votes against 41% for the challenger Atiku. Most of the evidence suggests that the election was performed in an orderly fashion but Atiku still claims that there have been irregularities and will appeal the result. Presently there are few signs this will lead to any changes in the result. The stock market fell somewhat after the result was announced, which can be interpreted as the market would have preferred Atiku whose reform agenda was seen as good for the Nigerian economy. However, the decline took place under low volume and in the end Atiku would have had difficulties in actually carrying out all reforms at the rate he wanted. At the same time, expectations for Buhari’s upcoming 4-year period are low, and we do not see any major changes ahead of us either. This means, for example, that consumer shares will continue to struggle in the absence of a real economic recovery. However, we still see that the banks will show good profit growth, which is not reflected in today’s prices. One of the largest banks in Nigeria, and also one of the largest holdings in the fund, Zenith Bank, reported a profit increase of 11% for 2018, which supports our thesis. The bank trades at around 4x expected profit and below book value, even though it delivered over 20% in annual profit growth since 2010 and yields over 10% in dividends. 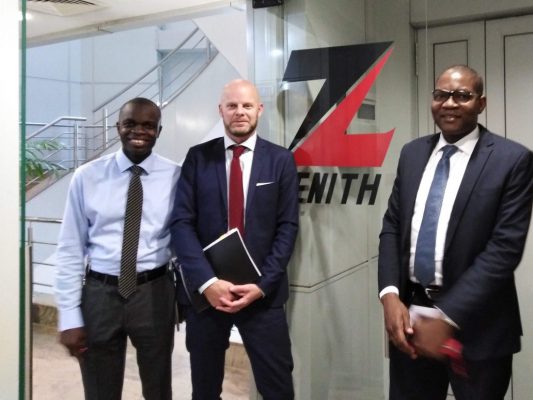