The fund closed the year with a decline of 0.4% in December, compared with the fund’s benchmark index MSCI FMxGCC Net TR (SEK), rising 2.3%. The main reason for the underperformance was our underweight in Argentina, our zero weight in the largest index shares in Vietnam and our overweight in Pakistan. Together, this cost about 3.5% relative performance during the month. Egypt made a positive contribution adding 1% relative return. The weak performance in Kenya and Morocco also made a positive contribution due to the fund’s underweight in these countries.

2017 as a whole ended with an increase of 14.1%, compared to the benchmark index which rose by 25.8%. This meant that for the first time the fund failed to beat its benchmark on an annual basis. Important to note that since its inception the fund has delivered more than 20% better than its benchmark index after full fees. Although the Fund in absolute terms delivered an acceptable absolute return, the return was weak relative to the benchmark. The explanation is primarily that the fund maintained its exposure in Pakistan after the country’s exit from the benchmark index on June 1st 2017. The fund’s sub-portfolio in Pakistan thereafter fell over 30% while the MSCI FMxGCC Index rose 13%. With an average exposure of about 18% over the period, this cost nearly 8% relative to the index. The second explanation lies in Argentina’s strong performance during the year (+ 57% in SEK). The fund had an average weight of 6% in Argentina, compared with the benchmark average weight of just over 24%. Good stock selection in Argentina softened the relative losses, but the underweight still cost the fund about 8% during the year. Egypt, which accounted for 17% of the fund’s assets during the year, performed strongly. The fund had an average return of 49% on its portfolio, compared with -5% for MSCI Egypt Net TR (SEK) and 24% for Hermes Index (SEK). This added about 7% relative performance during the year. As we wrote in our June analysis, “Frontier Markets – Where will you be invested in 3 years?”, after Pakistan’s exit from MSCI Frontier Markets, we believe it is becoming increasingly important for frontier managers to clarify their chosen positioning in the years to come. Several of the most liquid stock markets in the frontier universe are unlikely to remain in the benchmark within a three-year period. Case in point, Pakistan had already exited from MSCI Frontier Markets in June. Additional liquid markets expected to disappear within 3 years are Vietnam and Argentina. This means that index investing, or close to index investing, will eventually lead to a very broad portfolio of a heterogeneous group of markets with the only similarity being low liquidity and, in our view, insignificance.

Tundra’s focus, since its launch almost 5 years ago, is countries with large populations and with economies coming from a low base. We choose to focus on fewer but, from our perspective, more significant young emerging markets to undertake in-depth stock picking. Currently, our core markets are Egypt, Vietnam, Pakistan, Bangladesh, Nigeria, Kenya and Sri Lanka. Together, these countries have a population of over 800 million people and an average GDP/capita of less than USD 3,000. Although we have invested, and will from time to time invest, a portion of the portfolio outside these countries, this should be seen as exploiting temporary opportunities. A market like Argentina is outside our focus area, but we have so far chosen to hold a certain exposure to the financial sector in the country given the under-penetration of credit and positive effects from its opening up to the outside world. However, we have increasingly experienced difficulties motivating even residual exposure and in December we divested most of our remaining positions through the sale of the bank Grupo Galicia. We simply cannot match current valuations versus expected growth anymore. The Argentinian banks are valued at P/E ratios between 16-20x and on average close to 4 times book value (P/BV), compared to P/E ratios of 8-12x and P/BV of 2.3x for the benchmark as a whole, and in some of our core markets significantly lower than that. The reason for the very high valuation of the Argentinian banks can be explained by a very high return on equity (close to 30%), compared with 15-20% for the index as a whole. This profitability stems from a highly favourable business climate for banks in the form of high interest rates (which means high net interest margins) and exceptionally good trading conditions (a sharp increase in business activity in a climate where spreads are higher than normal). In the future, however, Argentina must break out of its current situation with high inflation (25% for 2017 expected to fall to 19% in 2018), falling value of the Argentine Peso (depreciated 16% against USD in 2017) and modest growth (2.9% for 2017 expected to rise to 3.3% by 2018). Argentina might succeed but if economic theory applies it will bring with it falling interest rate margins. Further the profitability of banks is likely to normalise, probably more or less half. In our eyes, this is a catch-22 situation where the growth that the banking sector prompts will require that the margins fall sharply. Securing both is highly unlikely. We understand investor enthusiasm for Argentina and while the prerequisites are good for the country to succeed in its challenging economic transformation, we believe that this enthusiasm is more than priced in by the stock market and investors may ignore the risks associated with the transformation. We have always considered our position on Argentina’s country’s stock market as strategic and temporary. The timing is right for us to exit the market and deploy this liquidity in our core markets.

December, in this context, meant a lot of re-allocation of capital. We have invested in the Nigerian banking sector (Zenith Bank, United Bank, the two largest positions) valued at nearly one-third of its Argentinian competitors, and Egypt’s largest bank, Commercial International Bank, which is relatively highly valued (P /BV 3x and P /E ratio of 13x). We envisage very good growth conditions over the next three years. We also increased in the Vietnamese bank Lien Viet Post Bank valued at around 1x book value and a P/E ratio of around 7x. Today the stock is listed on Upcom, which is a preparatory stock exchange for companies that will eventually be listed on the major exchanges in Ho Chi Minh City or Hanoi. While the foreign ownership quota is now filled we had the advantage of buying in at an earlier date. We have also added exposure in Pakistan through two Pakistani industrial conglomerates, Lucky Cement and DG Khan, after falling more than 50% in 2017. In Pakistan we believe we have passed the through in investors’ expectations and even though political concerns remain we believe 2018 will be significantly better than 2017. Finally, we have taken a position in Nestle Sri Lanka, which after four years of stagnant stock price now has become attractive enough for us to take an initial position. Nestle Sri Lanka intends to commission a larger new facility in 2018, which will allow for healthy growth in the coming years.

We will enter 2018 with a crystal clear focus on our 7 core markets: Egypt 23%, Vietnam 22%, Pakistan 18%, Bangladesh 10%, Nigeria 10% and Sri Lanka 8%. In addition to these countries, we have some remaining positions in Kazakhstan, Argentina and Botswana (a total of 5%).

MSCI FMxGCC Net TR (SEK) rose 2.3% in December, compared to MSCI EM Net TR (SEK) which rose 2.0%. A large part of the contribution came from Argentina, which rose 5% in December. Vietnam also increased by almost 7%. Kenya and Morocco were the worst markets in the month with a decline of 4% and 3% respectively. 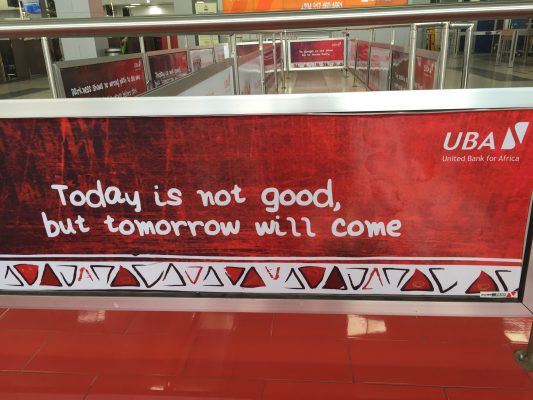